Diesel vs Gas Trucks: Which is Better for Towing Travel Trailers 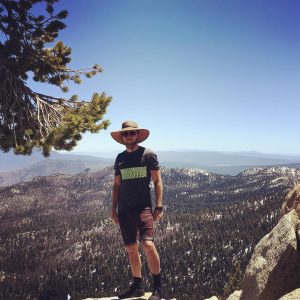 From the Ford F-Series pickup trucks to the Chevrolet Silverado, trucks have become a crucial part of the lives of many. Guess where these huge vehicles are the most popular. The answer is none other than the United States. The US has the most commercial vehicles usage, with the number of trucks sold surpassing the likes of China, Canada, Australia by miles.

Why? Because these trucks are sturdier, and simply bigger than regular cars, and Americans love size.

Not only that, trucks can be very versatile, towing large boats and RVs very easily on the road while still having room for a lot of cargo. Today we look into two types of trucks: diesel and gas trucks and see just how they will stack up against one another in terms of towing.

Diesel vs Gas Trucks For Towing an RV

For the most part, gas trucks aren’t able to compete with their diesel counterparts in terms of fuel usage. We know this, yet why are we still taking it into consideration? The difference between gas and diesel in terms of conserving energy is marginal.

Although diesel is definitely more expensive, in particular a gallon of diesel costs typically 25 to 50 cent more than a gallon of petrol, the amount of mpg is the deciding factor here. Since diesel fuel is 25 percent more efficient on average, pumping fuel for a diesel truck actually saves you money. For example, the 2021 Ford F-150 can run 20.2 average mpg on its 3L V6 diesel engine but can only run 16.5 average mpg on its 3.5L V6 gas engine.

Choosing a diesel engine truck will save you some time by reducing the number of stops needed to refuel assuming you use your truck frequently.

To put in plainly, the cost of maintaining a diesel truck is much higher than that of a gas truck. For two models of the same truck that are otherwise similar in every way, diesel engines might cost an extra $1,700 to maintain compared to a petrol engine (according to Vincentric). The reason for this is simple. Consumables for diesel engines like the oil and spares used in diesel vehicles are more expensive and rarer.

Also, annually, they cost an average $540 more to maintain than gasoline engines. However, despite the disparity, in some cases maintaining a diesel truck can end up cheaper than maintaining a gas engine, since diesel engines don’t break down nearly as easily due to their being well-built by nature.

Even when it does cost a little more, it is safe to assume that the cost of maintenance won’t dull out the edge that diesel trucks have over gas trucks.

The big question here is: Is a diesel truck better at towing than their petrol counterparts? Definitely.

Towing relies heavily on the amount of torque that the towing vehicle can generate. What kind of difference does it make to have a better towing ability anyways, you might ask? It means that towing boats and fifth wheels will be a much smoother experience for passengers on the truck.

Diesel engines are just built differently, featuring stronger engine blocks and internals to handle higher compression rate (10:1 for gas and 15:1 to 25:1 for diesel), so they can be worked harder for a longer period of time, producing more torque. Also, diesel engines have their pistons move up all the way to the top of the cylinders, so their strokes are longer and therefore provide more torque as well.

Due to their superior torque generating capabilities, diesel trucks are usually used to tow heavier loads. For those who don’t use their trucks to tow very often, the difference is negligible. For others who tow frequently, however, this is literally a “drag” for petrol trucks. Remember, diesel engines can be worked harder for a longer period of time.

When towing, the gap in fuel economy gets widened. Whereas the improvement is 25 to 50 percent at first, this figure can easily leap up to 50 to 100 percent. This stark difference is due to the lower RPM of diesel engines when used to tow fifth wheels or boats. Also, towing won’t put a lot of strain on diesel engines as much as it does on gas engines. Diesel trucks can tow a heavy fifth wheel on a flat surface just as effectively as towing up and down the inclined surfaces.

Longevity is a minimal factor here, but when frequent towing is required, diesel trucks will no doubt come out on top. You will be looking at a difference of one or two more years of service between diesel and gas models of the same type. This difference is again mainly due to the diesel engine outlasting the gas engine, all thanks to their simpler design allowing for fewer moving parts needed.

Diesel-engined trucks are usually heavier, and this might lead to the combined total weight limit when towing being exceeded, but this is rarely a problem. They can effectively tow more weight anyways.

This is probably the only category where the gas trucks have their diesel opposite beat. Gas trucks are lighter, faster, better at handling payloads, so if you are an ardent fan of fast and light cars, gas trucks are definitely a decent choice. A pickup truck that runs on gas can get to top speed really quickly, but when attached to an RV, this won’t be much of an advantage for obvious reasons.

I think it is obvious at this point that the diesel engine is the undisputed winner. The gas engine comes in second in almost all categories that factor into towing capabilities. However, don’t let it discourage you from buying your favorite gas-powered trucks, they are cheaper and most of the time when it comes to towing campers, they also deliver splendidly. 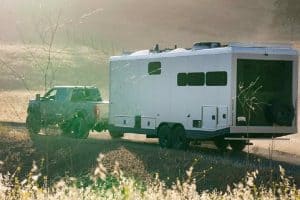 How to Stop a Trailer from Swaying: Causes and Proper Measures 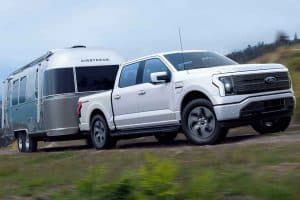 How to Increase Towing Capacity on a Vehicle 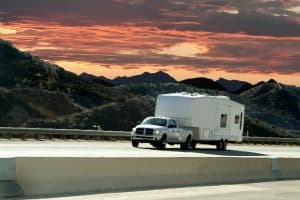 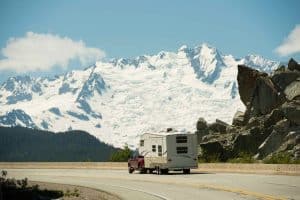 The 5 Best Weight Distribution Hitches For 2022 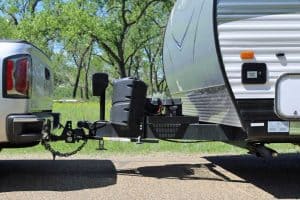 A Breakdown of the Trailer Hitch Installation Cost 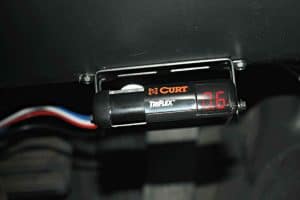 How to Use Trailer Brake Controller: A Detailed Guide